Each one teach one – Graffiti Workshop for Kids Each one, teach one.

For the oldschool heads among you, this saying alone will be plenty of explanation. “Each one, teach one”, is an important credo to live by and describes the to pass on knowledge to others – especially to new generations. So when the opportunity presented itself to do a graffiti workshop for 15 adalacent kids in his hometown, ERAS didn’t have to think twice. The “art forum” and “youth council” (not sure if this translates well, but they essentially organise stuff like that for the youth) together with ERAS organised, planned and executed the 2 day event. First up was graffiti theory. The participants got to learn the very basics of graffiti and the most significant history and its roots. They then had the opportunity to practice with pen and paper, as well as get some basic introduction to spraypainting on a wall (well in this case a board paper for practicing).

The ideas, scribbles and concepts, the young graffiti enthusiasts had developed, where then to be put up on an actual wall the next day. This wall belongs to the “Hauptschützengesellschaft 1462 Ansbach” that i can only describe as some sort of traditional “shooting club”. It runs along one of the main roads in the city and has been vandalised for centuries with the typical “bad graffiti” that many people associate this artform with. Say about our little Ansbach what you will, but the fact, that this very old and traditionally conscious association was willing, to not only give up the wall for this project (and legal graffiti as a whole), but also prepare it with a fresh coat of paint is absolutely amazing. And this thing isn’t small either: The wall is 3.5 meters in height and 110 meters long – for the metrically challenged this means 11,5 ft high and 360 ft wide – and took the predominantly seasoned man a painstaking 400 man hour of manual labour to do. Though only around one third of it was used for this workshop.

The young crowd was having a lot of fun despite the heat that day and sprayed away their letters and characters under the constant help of ERAS and one of his friends. After the workshop has concluded the major and other city representatives inspected the final results and expressed their positive reception of the event. There is already talk of potentially new projects like this and ERAS for one is excited about the prospect of his rather conservative hometown to become at least a splash more colorful. 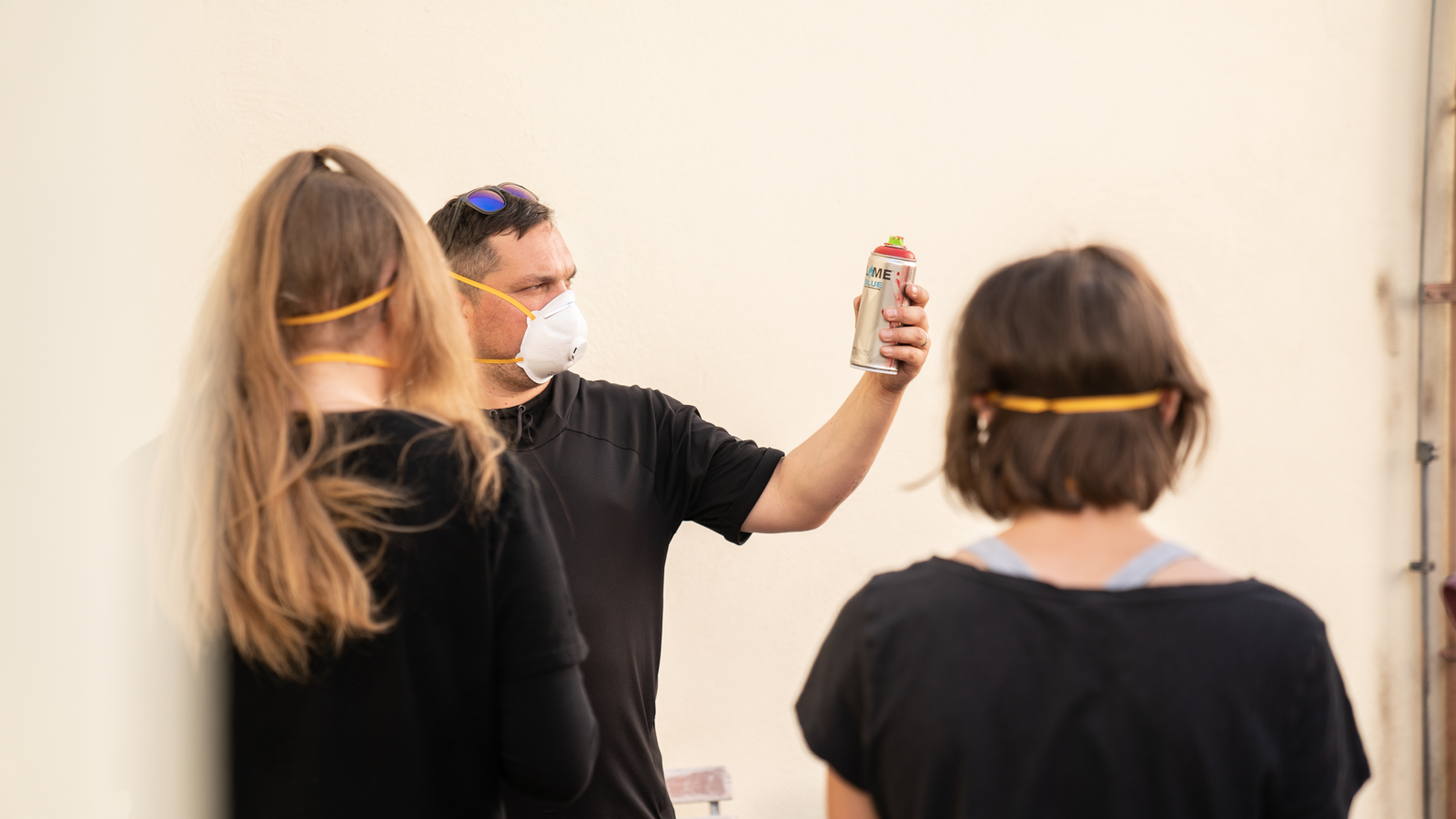 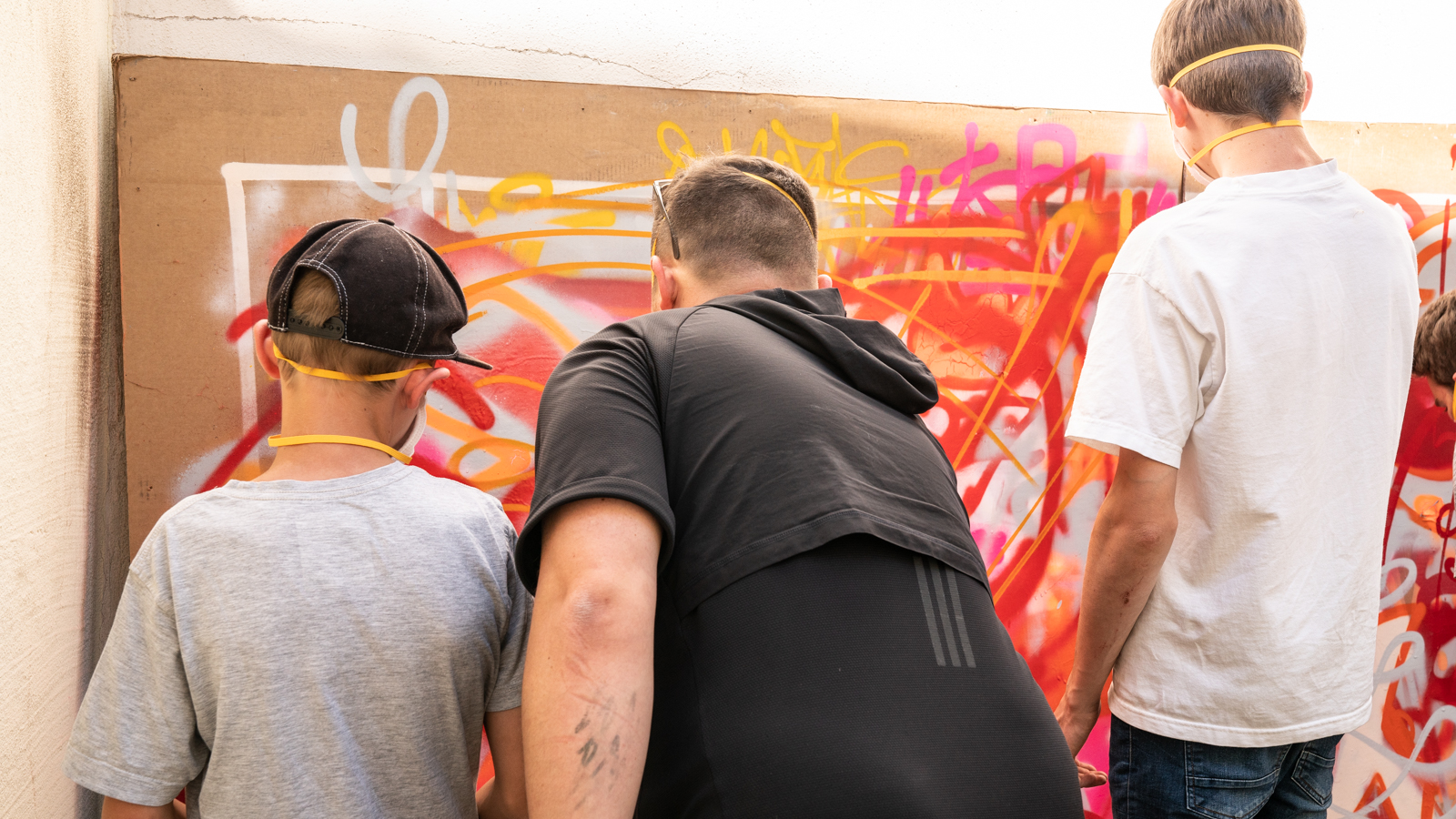 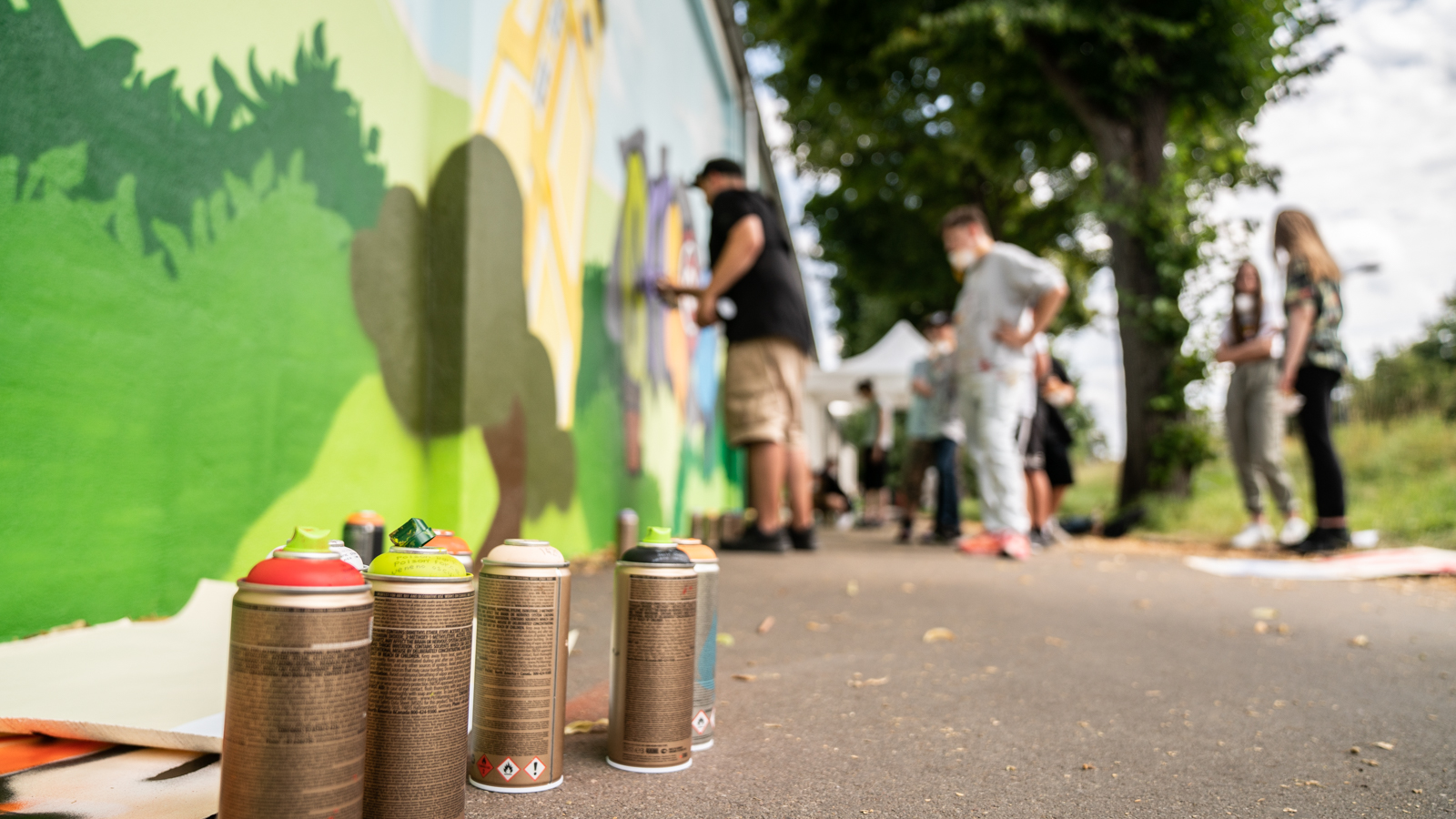 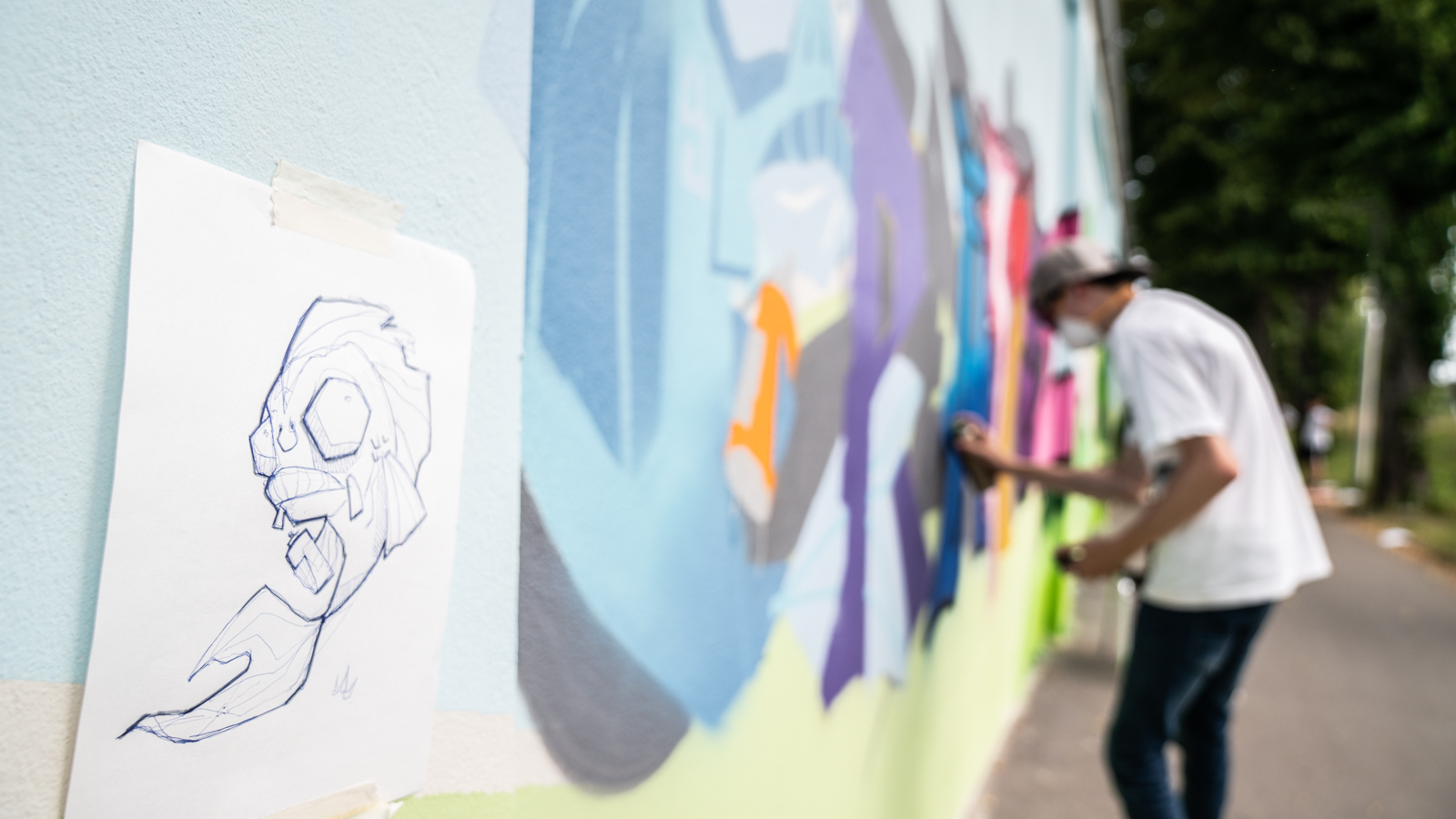 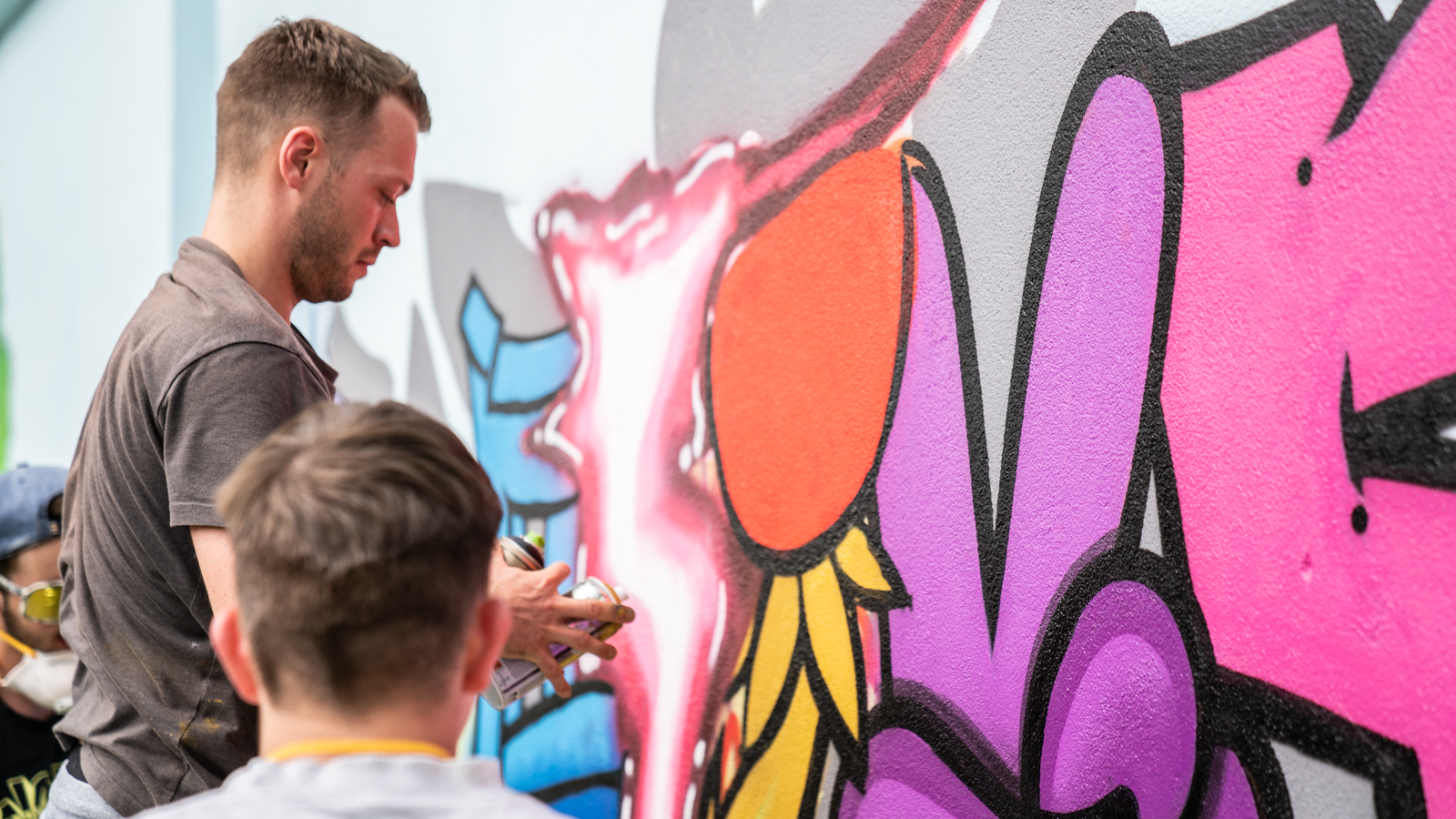 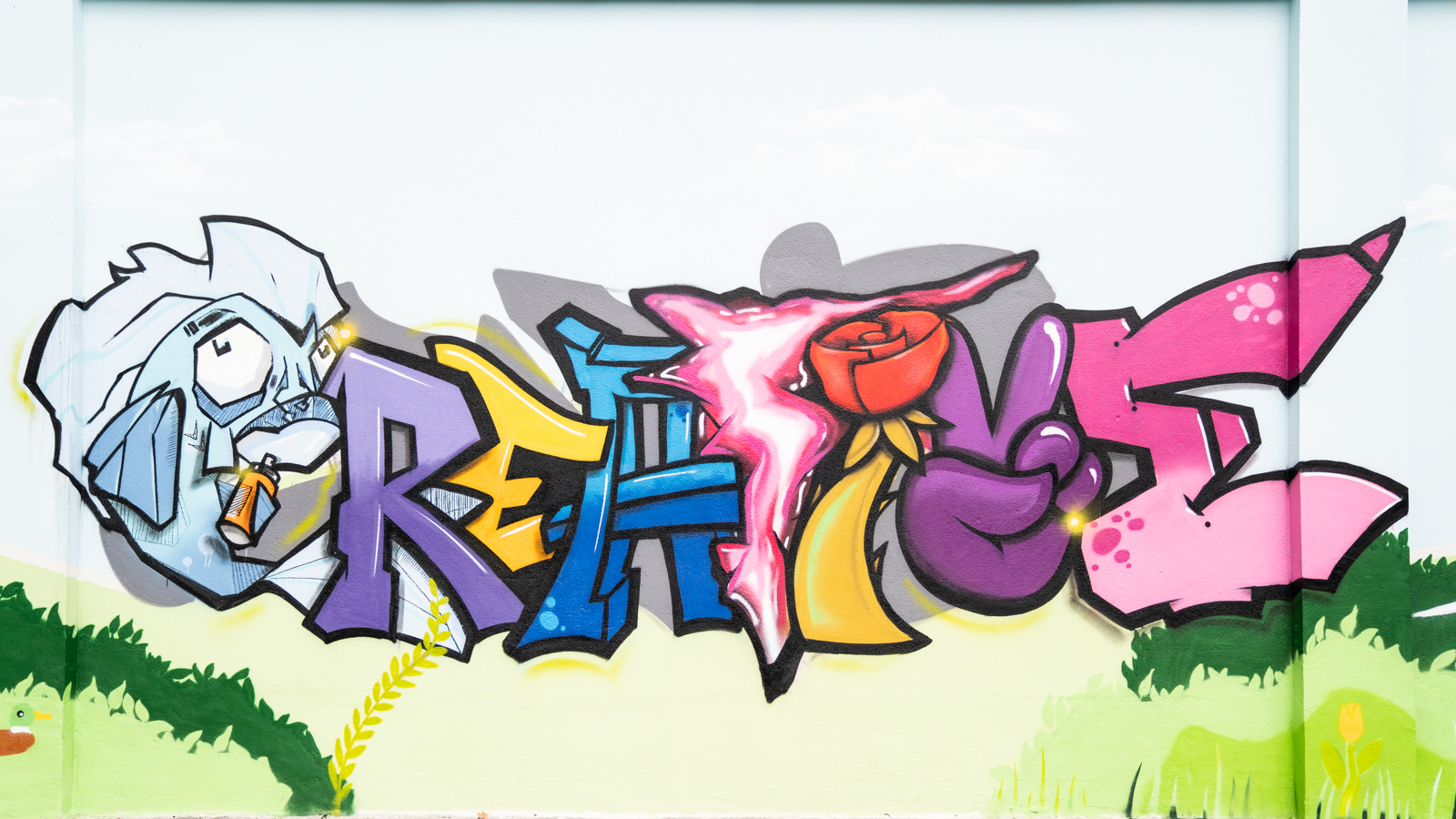 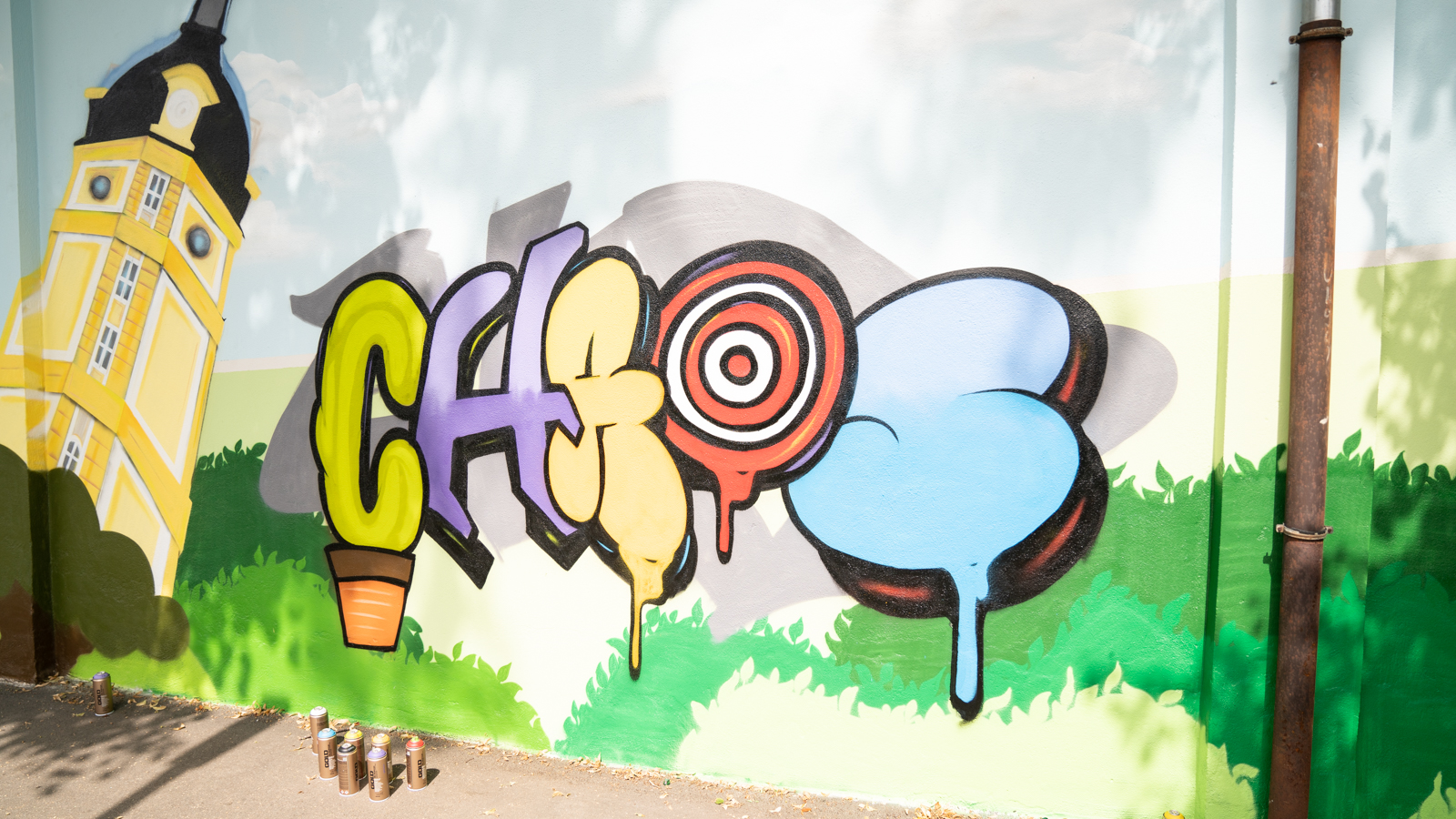 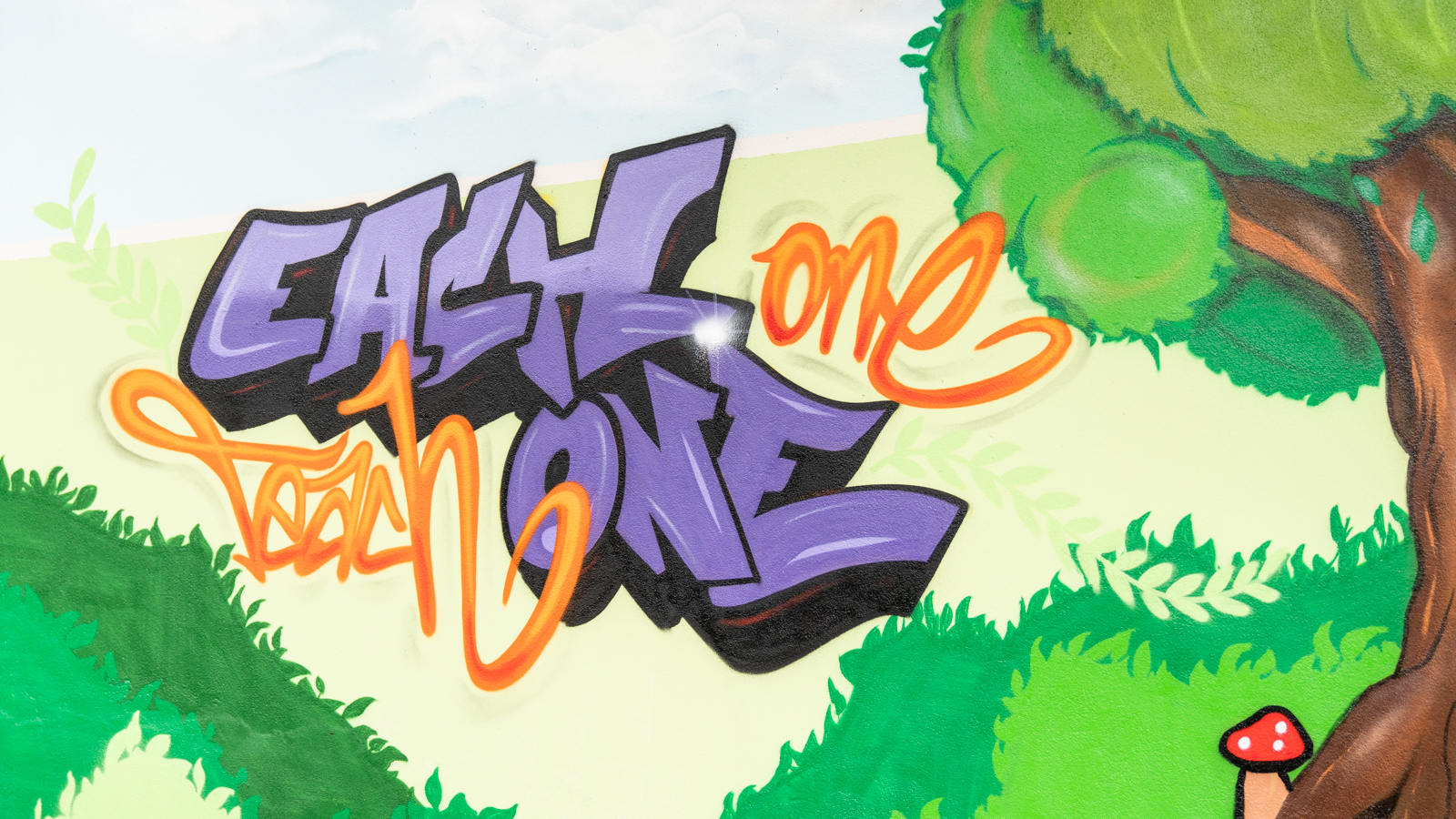 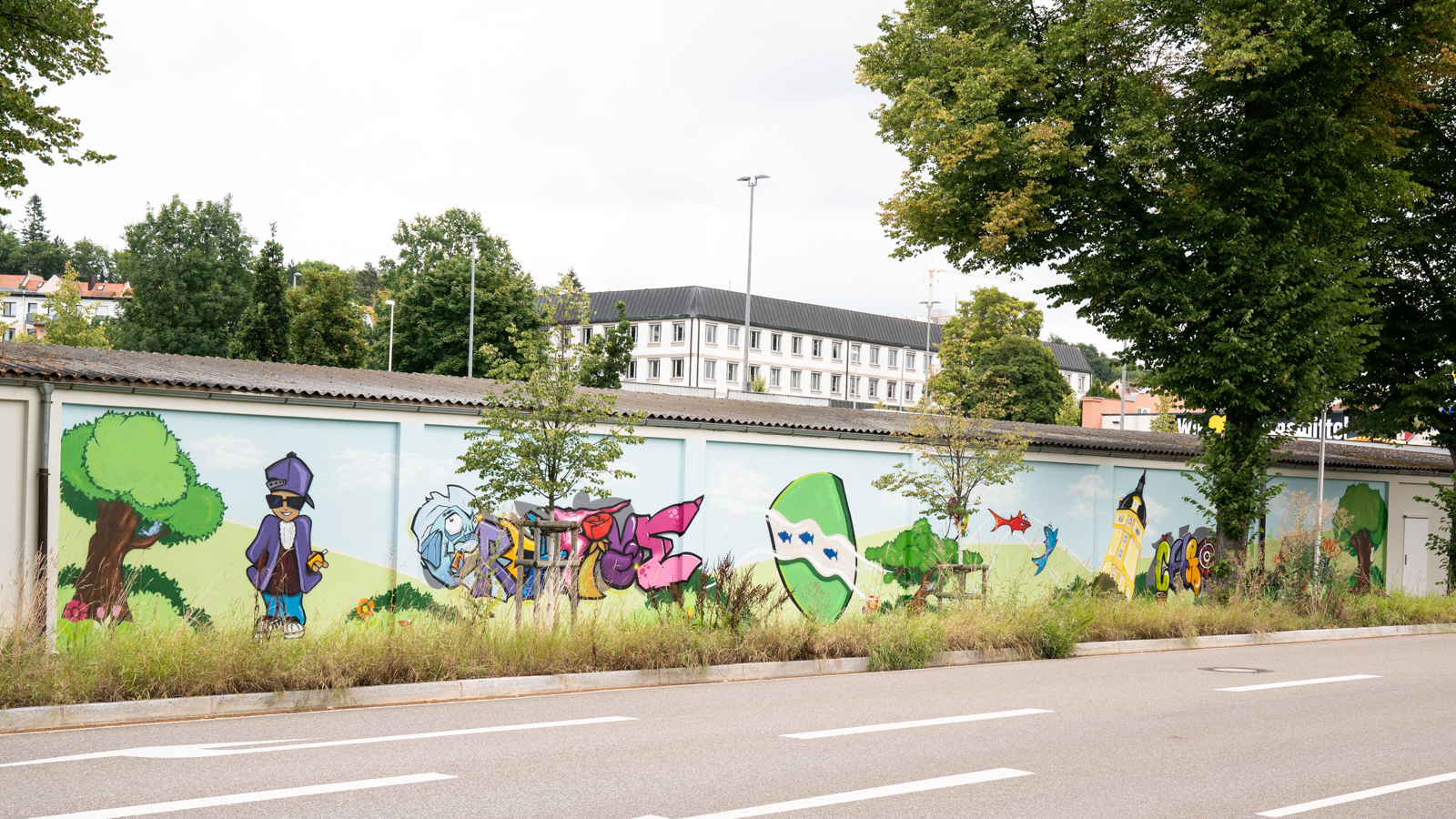 Please be aware that shipping costs and delivery times can be affected by COVID. Dismiss